“To Provide the residents of the Red Wing area opportunities” 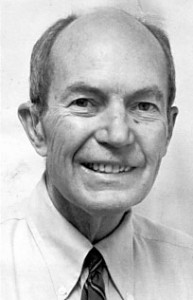 Phil Duff was editor and publisher of the Red Wing Republican Eagle. Active in many local, state, national and international organizations during his lifetime, he believed in community  — community service, community journalism and community involvement.

Philip Sheridan Duff Jr. was born Oct. 25, 1922, in Minneapolis to Philip S. Duff Sr. and Helen Jones Duff. He was a member of Yale University’s class of 1944 and graduated in 1946 following service in the U.S. Navy. He then attended the National Institute of Public Affairs in Washington, D.C.

Returning to Minnesota, he took a job at the Plainview News in 1947, moved to the Bemidji Pioneer a year later and was co-owner of the Dodge County Independent from 1949-53. 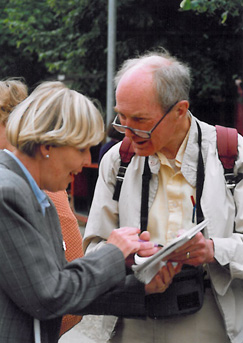 In 1950, voters sent him to the Minnesota Senate, representing Dodge and Mower counties. He moved to Red Wing after the 1953 session and to become a junior partner to Editor-Publisher Al Marshall. Duff bought Marshall out in 1960. Duff hired Arlin Albrecht, and eventually the men purchased 20 other community newspapers in Minnesota and western Wisconsin.

Red Wing, however, remained Duff’s home. From there he traveled extensively — first on reporting trips to the Soviet Union, Norway, Kenya, India and the Middle East, Australia, New Zealand, South Africa, China and Eastern Europe, and then across the nation and throughout the globe in semi-retirement.

Duff stepped down from his daily position as editor in 1982, but he continued to ply his craft. He was an active adviser,  reporter, columnist and foremost an editorial writer. His involvement involved the entire world and its relationship to Red Wing.

“Phil Duff’s editorial page was a war zone. Competing ideas exploded like land mines. Foes were lambasted. Friends of humanity were revered. And freedom of expression reigned supreme,” Albrecht wrote in the Jan. 9, 1997, edition announcing Duff’s death at age 74. Nothing was too trivial to write about, he believed in everyone’s opinions.

Duff never hesitated to take power-brokers — whether they operated at City Hall or on Main Street — to task. He expected the highest standards for his community.

“His service to journalism was in setting a standard for community editors which prevails today,” Albrecht said.

The Duff Endowment Fund reflects the passions of his life.